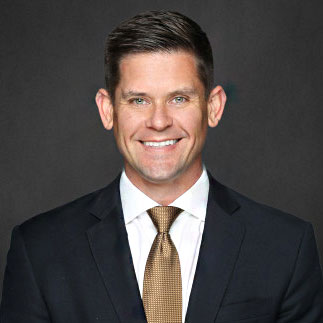 Jeff is the Founder, Owner, and Broker of Record for Sand & Sea Investments. He is a Master Certified Negotiation Expert (MCNE) – a designation held by only a handful of professionals in San Diego County.

Jeff has been featured nationally on HGTV, FYI Network, CNN, and in local news and magazines. He was nominated as Broker of The Year by the SD Association of Realtors, and as one of SD’s Top Five Favorite Realtors by LOCALE Magazine. Jeff is featured on the cover of Real Producers Magazine in November 2017, and a proud member of America’s Top 100 RE Agents. He achieved Platinum status with he SD Association of REALTORS Circle of Excellence in 2017 & 2018, and has 300+ positive client reviews. Jeff is part owner of Preferred Choice Escrow, and was appointed as a Founding Advisory Board Member of Endeavor Bank. He is also a chosen Real Estate Advisor to the SD Humane Society.

Previous to real estate, Jeff worked as Operations Manager for the PGA TOUR and prior to that, as a consultant for KPMG/BearingPoint. He serves the community as a Board Member of the Century Club of SD, and Council Member with the SD Police Foundation. He lives in Pt. Loma with his wife, two sons, and daughter.

Hello, I'm
Jeff Grant
I look forward to working with you. Simply complete the form below and I will be in touch with you right away.
Thank you! Your submission has been received!
Oops! Something went wrong while submitting the form.
No Thanks, I don't want to work with you.