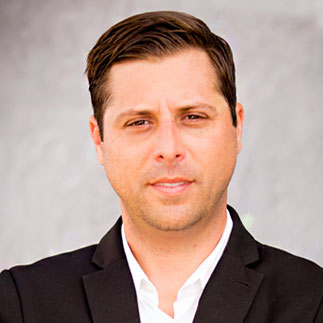 Luxury Real Estate Specialist, Philanthropist and Dreamer, Jeff S. Katz, begins each morning channeling his thoughts at the park with his 14 year old, tail-chasing dog, Debo. Katz' love for the art of the sale, a close second to baseball, developed at a young age while selling See's candy bars door-to-door in the San Fernando Valley. An only child, the Maccabee Games Gold Medalist (Jewish Olympics) attended a prestigious all boys' high school prior to moving to San Diego for college to study Entrepreneurship. Jeff is known to work best under pressure and is frequently called the "Consummate Salesman." He credits much of his success in his more challenging roles to both the great guidance from mentors and his long days of being repeatedly hung up on while working as a telemarketer early in his career. His extensive background in Sales, Marketing, Social Media & Public Relations made his transition into real estate a seamless one, closing over $30 million in sales in the past two years. His global rolodex of affluent clientele consists of Athletes, Celebrities & Government Officials spanning the globe from Los Angeles to Beijing. Jeff is a 3rd generation entrepreneur with a strong focus on social purpose. He currently sits on the Board of Directors for a San Diego based non profit, The LightBridge Community Foundation. Most recently, his platform of "Empowering the Success of Others" earned him 1st prize in Proctor & Gamble's "My Rising Tide" contest. Katz is a straight shooter who is often told that he was a New Yorker in a past life. He will proudly share how he lost to a blind man in golf and of his desire to break a Guinness World Record. He has negotiated deals on 6 of 7 continents but is still looking to close a sale in Antarctica. Have any hot leads? Email him at Sold@HireJeffKatz.com

Hello, I'm
Jeff S. Katz
I look forward to working with you. Simply complete the form below and I will be in touch with you right away.
Thank you! Your submission has been received!
Oops! Something went wrong while submitting the form.
No Thanks, I don't want to work with you.